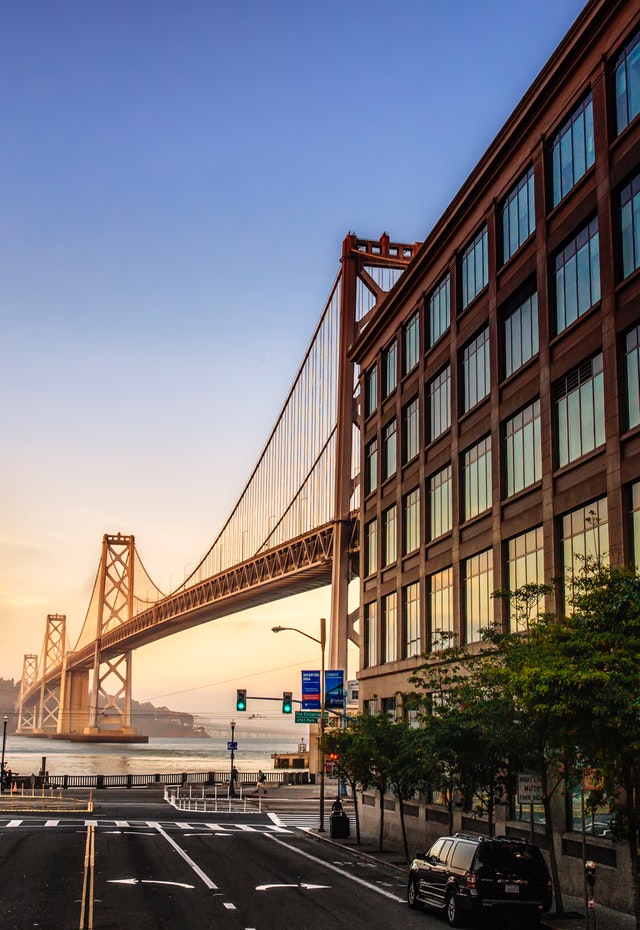 What exactly is the East Bay? Actually, it may very well be easier to describe what it is not. This article is a excerpt from the book called “East Bay Cooks” by “Carolyn Jung“

It is that rare place that is so many things in one. Feisty and disruptive. Fearless and strong. Skeptical and laid-back. Tolerant and embracing. Urban and bucolic. From the scenic eastern shores of San Francisco Bay and san Pablo Bay to the verdant valleys and rolling hills, and from the tiny towns and well- to-do’ burbs to the fiercely strident cosmopolitan cores, few regions are as diverse in every which way as this one. The East Bay is abundantly rich in topography, myriad cultures, game-changing history, rise-up activism, and, of course, food- the kind that not only delights and nourishes all the senses, but spurs profound and far-rippling impacts.

Comprising more than seventy cities, the Bay Area’s most populous region is as varied as it gets. The East Bay includes: Oakland, the region’s largest city, which boasts a proud spirit of defiance, as well as the most ethnically diverse population in the nation. Berkeley, birthplace of the Free Speech Movement, Which staunchly remains one of the most liberal communities in the country. The island of Alameda, home for half a century to a U.S. Naval Air Station that’s since been transformed, with old airplane hangars and warehouses turned into booming artisan breweries, wineries, and distilleries such as St. George Spirits, producer of the first modern-day legal American absinthe. And the Livermore Valley, one of California’s oldest winemaking regions-dating back to the 1840s- which is still home to the longest continuously operating family-owned winery in the United States, Wente Vineyards.

The East Bay may often have been over-shadowed by that glamorous metropolis across the bay (San Francisco) or slighted in seemingly complimentary comparisons (“Oakland is the new Brooklyn). But it’s never developed a complex. It’s just bided its time, remaining true to itself until we all wised up to how special it truly is.

This region is nothing if not a haven for creative types, freethinkers unafraid to bootstrap their way to high-flying dreams no matter the height of the hurdles. It’s given the world Gertrude Stein, Jack London, Tower of Power, the Pointer Sisters, Tupac Shakur, MC Hammer, Tom Hanks, Bruce Lee, Ryan Coogler, Dwayne “The Rock” Johnson, and the Black Panthers. Its’ home to the future-is-now Tesla electric car factory (Fremont), as well as the animation giant Pixar studios (Emeryville).

It’s where former Montessori teacher Alice Waters opened a modest restaurant in a converted Craftsman house in Berkeley forty-eight years ago, serving one set menu a day of local, organic ingredients. In so doing, she and head chef Jeremiah Tower ignited a food revolution that not only defined the ethos of California Cuisine, but also set in motion a sea change in the way we eat, shop for ingredients, and farm our lands.

It’s also where Waters had the gumption to start a garden in a neglected lot next to a Berkeley middle school, laying the groundwork so that growing and cooking food would enhance the student curriculum, an endeavor that went on to inspire countless other such programs around the country.

That Chez Panisse has been the nurturing ground for many gifted chefs who went on to spread its gospel cannot be denied. They include former line cook Loren Goodwin, who opened the Gastropig in Oakland, where brunch is always a rollicking, porky affair; and fellow former cook Aaron Rocchino, who with his wife founded the Local Butcher Shop in Berkeley, reinvigorating the tradition of a family-run community butcher shop and selling only antibiotic-and hormone-free meat raised by small ranchers from within a 150-mile radius.

Despite rampant development in the region, farms-both urban and semirural-still maintain a fertile foothold, supplying a wealth of local farmers’ markets and restaurants with just-plucked fruits and vegetables that are the envy the world over.

This is also the place that sage food activist, prolific scribe, and former New Yorker Michael Pollan decide to put down roots more than a decade ago, to become a professor of journalism at the University of California, Berkeley.

Finally, it’s a region that’s got you covered, no matter what the craving. An uncomplicated taco with the power to stir the soul? A nourishing bowl of authentic Singaporean laksa? Shrimp and grits with layers of flavors never imagined? A Japanese-Hawaiian mocha muffin with the essence of a Mexican Churro? A chef’s tasting menu that mesmerizes without being pretentious? The next big thing pop-up? It’s all here. Call it a dining destination for the times-less haughty, more adventurous, and above all, real.

The East Bay has grown into a makers’ mecca, too, a can-do, scrappy hotbed for manufacturers of everything from award-winning coffees, teas, chocolates, and jams to pickles, kimchi, hot sauces, organic tofu, and kombucha. In fact, eleven years ago, the annual Eat Real Festival was established in Oakland by Anya Fernald, CEO of Belcampo, to celebrate this very bounty of food-stuff being made locally from, regional and sustainable ingredients. Let’s not forget that this is also where the groundbreaking impossible Foods factory in Oakland churns out plant-based “meat” that has a texture and taste that could fool a die-hard carnivore.

Yes, the East Bay is all that-and then some. Do yourself a favor: turn the pages, and take a taste.

Our Tree service in Hayward CA is kind of in the center of the East bay described here int this article.