This article is an except from the book called “How Trees Die”- The Past, Present and Feature of our forests. This article talks about tree bugs and the insects causing damage to trees. Continue reading for more insight

Dutch elm disease  could never have reached the proportions that it did without the aid of an insect.  And the insect could never have made it to the place where it did without the help of humans.  If people had had some foresight and planted elms more sparsely across urban and suburban landscapes, things might have gone better when Dutch elm disease struck.  The habitual practice of planting one type of plant over vast areas is unbelievably attractive to insects that happen to eat that plant.  Like a starving man who is offered a huge table of chocolate cake or cookies, insects will dig into these plants with abandon, leaving as few scraps as they can.  And since over 99 percent of the cropland in the United States is used for growing crops  that come from somewhere else, it’s no surprise that, if an immigrating pest can’t find a plant native to the United States that it likes, it can dig into something that it’s more familiar with.  And if it’s really lucky it will find its food source completely unprotected.

Over the last five hundred years, more than two thousand insects from somewhere else have established themselves in the United States, Some of these insects are helpful, such as certain introduced lady beetles and honey bees, but most aren’t, such as certain introduced lady beetles and honey bees, but most aren’t, and some are particularly noxious because of the broad range of plants they are capable of feeding on.  There are lists of insects that the U.S. government officials are particularly concerned about because the pests have the potential to attack crops in this country and don’t have any known predators here.  This list includes such insects as the European chestnut weevil, the European cherry fruit fly, and the European spruce saw fly, whose preferred foods are relatively obvious from their descriptive names.  All of these pests are potentially destructive to the crops they feed no, but because of their dietary restrictions we know where to watch for them.  But there are plenty of insects that humans have brought to North America that have an eclectic diet that consists of just about anything green.  These insects are hardest to control because they can hide just about anywhere.

So often when we think of plagues we think of diseases.  When we think of human plagues we think of the bacteria that causes the plague and maybe the rats that carried it.  When we think of plagues affecting plants we usually think about fungi such as the type that caused the Irish potato famine.  When we think of an insect involved in a plague we usually think of it as transmitting the disease rather than being the problem.  To humans, the mosquito carries yellow fever, and the flea carries bubonic plague.  To trees, elm bark beetles carry Dutch elm disease.  But insects may themselves be a plague, Like the biblical plague of  locusts that decimated Egyptian crops, the phylloxera  that destroyed the European wine industry, and the Colorado potato beetle that deeply damaged the potatoes of the West, there are insects that on their own can destroy whole populations of trees.

A host to feed on is the most important factor in the spread of plagues.  Without a host the pest can’t have spread if there were no elms around for the disease to live on, insects need to have a jumping-off point too.  We tend to have a plague of insects when two conditions are met.  The first is that we must have something planted with enough density that the pest can move easily from one plant to another.  The second is that there are few or no natural enemies prepared to eat or parasitize this new pest. (It’s never a surprise when a new pest comes over from another continent and has no enemies.  After all, why would it? It hasn’t had enough time to develop any yet.) Given the way humans grow certain plants reaches plague status, and so it’s also no surprise that a young ash meets its eventual fate because of overplanting and a careless introduction. 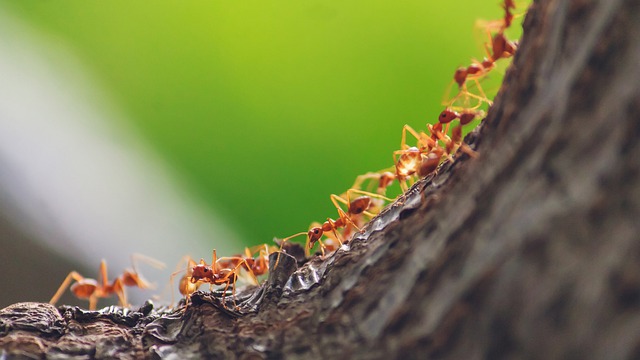